Smartphone History: Looking Back (And Ahead) At a Modern Marvel 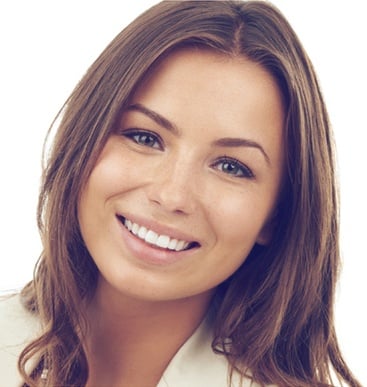 Many of us can’t begin to imagine life without our smartphones. They’re ubiquitous – more than 80% of Americans rely on smartphones to talk, text, browse the web and even conduct business.

Yet the smartphone as we know it is a relatively new invention. Smartphones couldn’t always recognize our faces, enable video chat with friends worldwide, take high-res photos or effortlessly browse the internet.

So how did we get here? When was the first smartphone made? In this blog, we’ll walk you through the fascinating evolution of these tech marvels.

1973: The First Cell Phone Is Invented

1994: The Earliest Form of Smartphone Apps 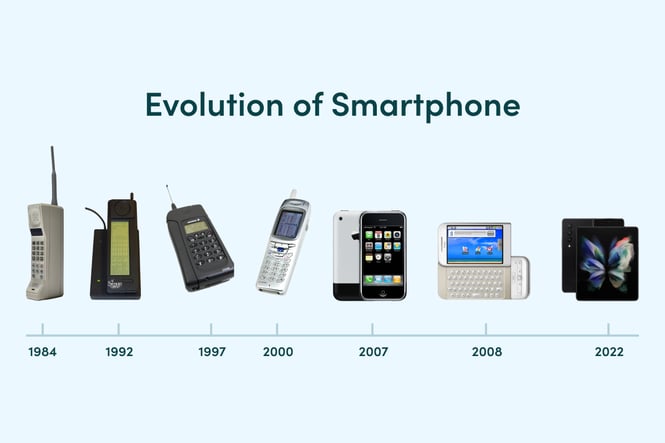 1973: The First Cell Phone Is Invented

Cellular phones preceded smartphones on the road to portable digital technology. Motorola’s Martin Cooper made the first cell phone call in April 1973. While the reality of carrying portable phones was not realized for ten more years, this development paved the way for further advancements in mobile communications.

Almost 40 years ago, Motorola debuted the DynaTAC 8000X – the first mobile phone. With a price tag of $4,000, it was never destined to become a must-have for the general population. It was clunky, weighing in at a whopping two pounds, earning its nickname “The Brick.” Its battery life? 30 minutes.

The DynaTAC 8000X was mostly a status symbol. Nonetheless, it represents a big step in the evolution of the smartphone.

IBM announced the first smartphone in 1992, which wouldn’t be available for purchase for two more years. The Simon Personal Communicator (SPC) included many features familiar to modern smartphone users, such as a touch screen that required a stylus (a what?). However, proper touch screens were still more than a few years into the future.

However, with a small monochrome LCD screen and a one-hour battery life, the SPC was still relatively primitive compared to today’s smartphones.

1994: The Earliest Form of Smartphone Apps

IBM’s SPC finally hit the market in 1994. With a price tag of $1,100, it was significantly cheaper than the DynaTAC 8000X but still only sold about 50,000 in its first six months. In addition, its use was pretty limited – it only worked in 15 U.S. states. And while it wasn’t as bulky as earlier phones, the SPC was still big and boxy.

One of the more revolutionary aspects of the SPC was that each phone came with a calendar, address book, calculator, email, notepad and other features.

Do you love Wordle? Or is League of Legends more your style? In 1997, your options for mobile gaming were much more limited.

Starting that year, Nokia 6110 users could play Snake, a game developed by Finnish software engineer Taneli Armanto. It was a simple game but addicting. Plus, it was family-friendly, so people quickly became hooked. Snake was the start of what is now a more than $125 billion mobile gaming industry.

Ericsson coined the term “smartphone” in 1997 to describe their GS88, a prototype device that never reached the market – ten years before the iPhone’s debut.

At the start of the new millennium, Sharp introduced the world to the wonders of the camera phone. Although the J-SH04 was limited to Japan, it represented the start of a love affair between phone users and photography.

And weighing just four ounces, the J-SHO4 was one step closer to today's sleek and slim phones.

Not surprisingly, the photo quality was nowhere near what modern smartphone users have come to expect: Its camera was only 110,000 pixels.

By comparison, the iPhone 13 camera has three 12-megapixel lenses. The J-SH04’s camera was also back-facing – the era of the selfie was still to come.

Finally, smartphones and the internet meet. For the first time in 2001, smartphones could connect wirelessly with a 3G network. This opened up a whole new world to smartphone users, who could now send email attachments and video conference with their mobile devices.

This evolution didn’t come cheap, however. Although mobile devices were now around $300-$700, the cost of data proved inaccessible to most users.

2007 year was a game-changer for smartphones. Steve Jobs announced the world’s first iPhone at January’s Macworld convention. The first iteration included a touchscreen, iPod, camera, full internet access capabilities (a first!) and a wide LCD screen designed for video. It was sleek, lightweight and available in 4GB ($499) and 8GB ($599) models.

Another groundbreaking aspect of the iPhone was its software capabilities. Soon, users could download millions of third-party applications, limiting the iPhone’s capabilities only to the imagination of software developers.

Jobs wasn’t wrong when he described the iPhone as a “revolutionary and magical product that is literally five years ahead of any other mobile phone.” It was far and away the most advanced smartphone the world had seen. In its first year on the market, upwards of 1.4 million iPhones were sold.

By 2008, that number would reach a truly impressive 11.6 million. Since then, the world has never looked back.

The iPhone’s debut revolutionized smartphones and triggered a domino effect of rapidly advancing features and capabilities. It was a true turning point in smartphone history.

Since 2007, Apple has launched 34 new iPhones, and Google brought the Android to market, quickly followed by many of its own iterations. As a result, modern cell phones have more memory, speed and power than previously imaginable, and countless apps have become available and monetized.

We’ve seen incredible advancements in almost every aspect of the smartphone. Smartphone cameras take professional-quality pictures (including selfies) and stream music, videos and games effortlessly. 24/7 access to social media on the go has forever changed our relationships and interactions with each other.

Read more: What Is the Future of SMS Marketing?

So what’s next in smartphone technology? Wireless charging and foldable phones are already here, along with augmented reality and real-time language translation. 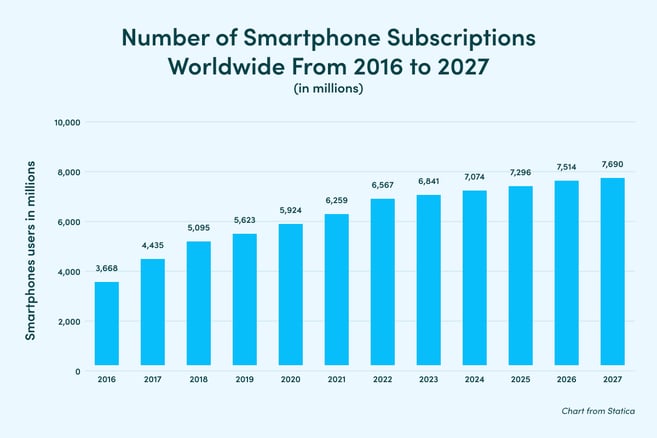 The rise of artificial intelligence will continue, with AI-powered personal assistants (think Alexa and Siri), and mega-fast media downloading speeds aren’t far behind. In addition, screen-only mobile devices – without ports or buttons – will force wide-range adoption of Bluetooth technology.

Read more: Text Marketing Trends to Watch For in 2022

Revolutionize Your Business Communications With Textedly

Texting hasn’t just changed communication between consumers. The modern smartphone has revolutionized the way businesses and their customers communicate. Texting has become the preferred communication method, from marketing products and chatting with customers to generating leads.

If your business is stuck in the pre-smartphone era, it’s time to explore how you can benefit from using SMS to send bulk messages, promote services and earn new business.

Are you interested in learning more? Give Textedly a try. We’re a leading SMS marketing platform that provides simple SMS and MMS solutions for businesses of any size and industry. 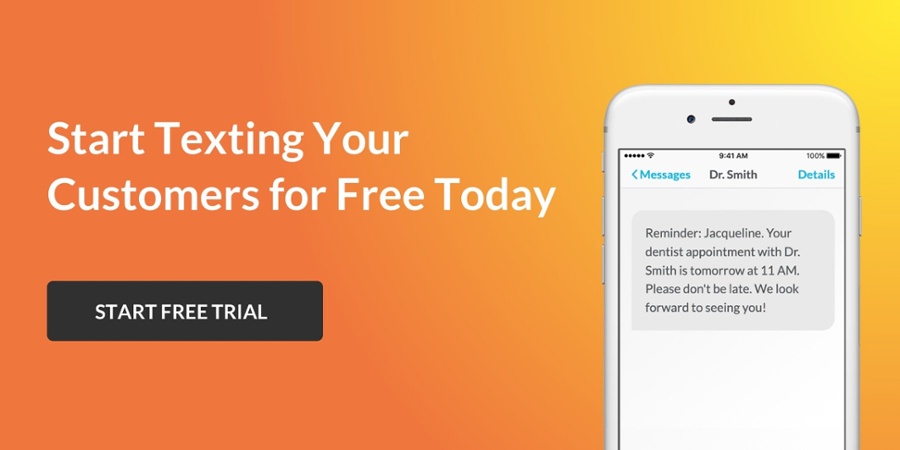 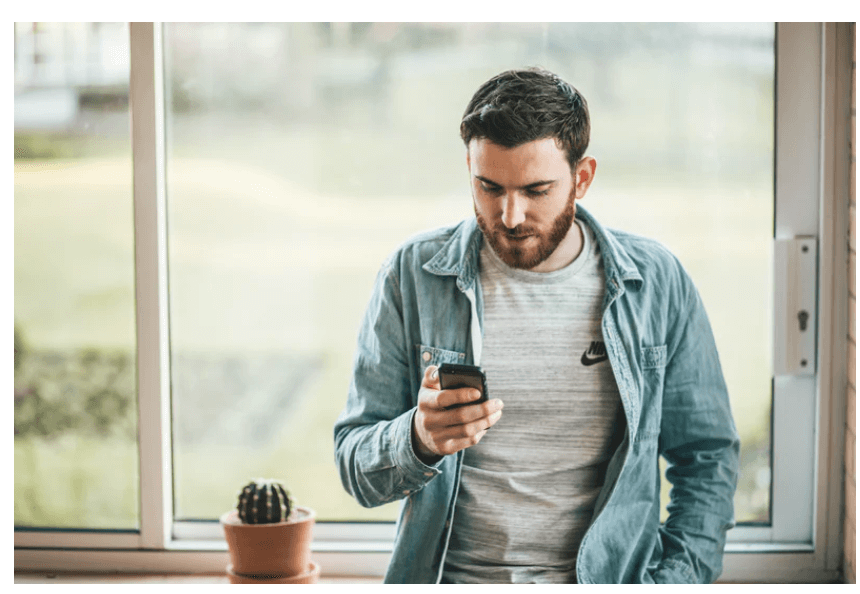 What Is VoIP Texting? Business Benefits of Internet Texting

How to Recover When You Send the Wrong Text